I met up with my friend Lee at 8:30 am at Whipple observatory to ride around the Santa Ritas in 2 days. We encountered plenty of 1st class hike-a-bikes, rolling single track, and reasonable weather in the middle of May in Tucson. 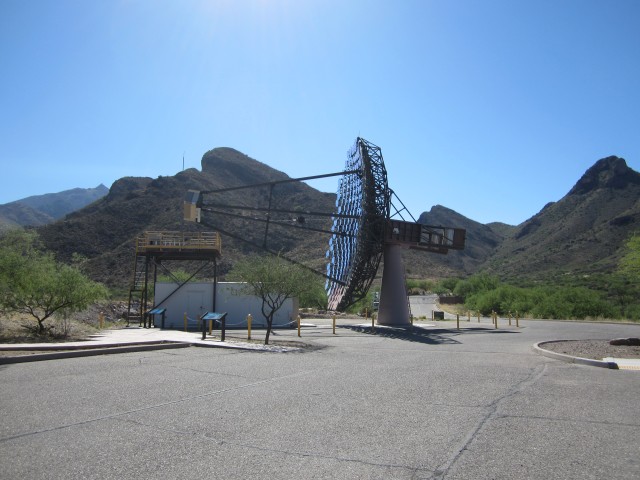 With a bit of a late start, I was finally ready to go by 9:10 am. The sun relentlessly heating things up, Lee decided that our proposed clockwise-loop with Elephant head and Box canyon at the beginning, would not be a pleasant one. So, instead we went counter-clockwise: starting up Mt. Hopkins. With 150 / 170 oz. of water for each of us, it took us 2 hours for the first 8 miles! Along the way we  stopped to chat with a couple hikers who came down the mountain from a very early hike.

Next came some pretty rough downhill, followed by hike-a-bike … followed by climb-a-bike. My thoughts were not in the most positive place at this time as my energy level was dwindling. 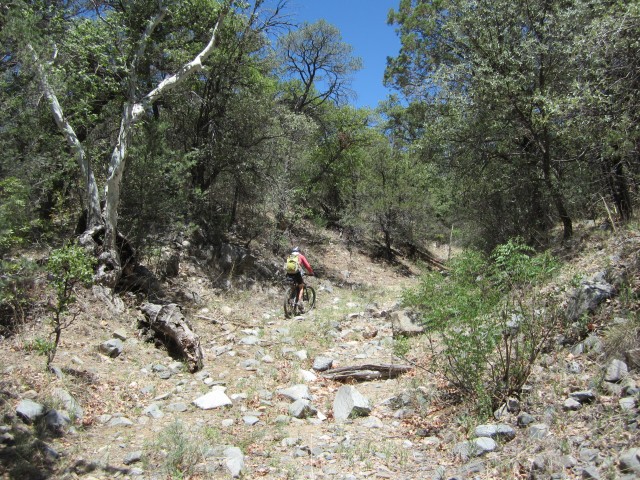 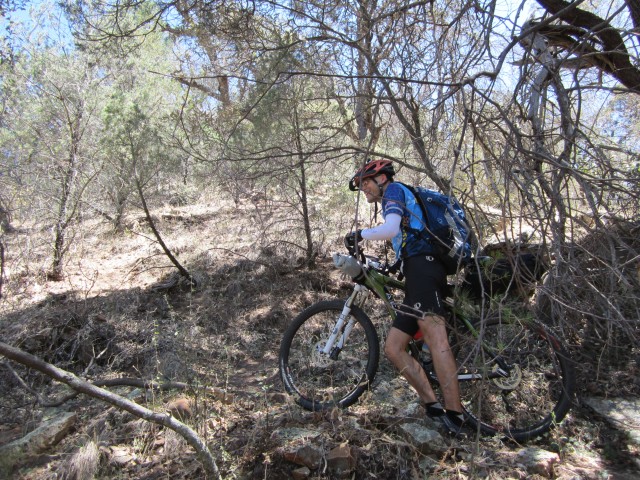 Nice day for a hike with a bike! Photo by Lee.

And then, the real old Southwest was finally found! 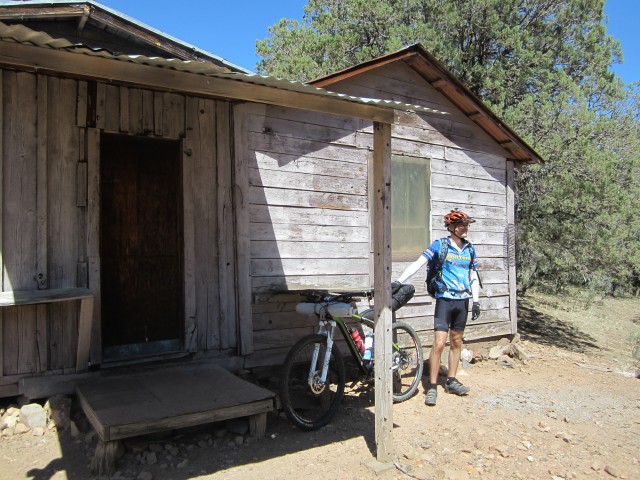 Adventure cycling in the Southwest. Photo by Lee. 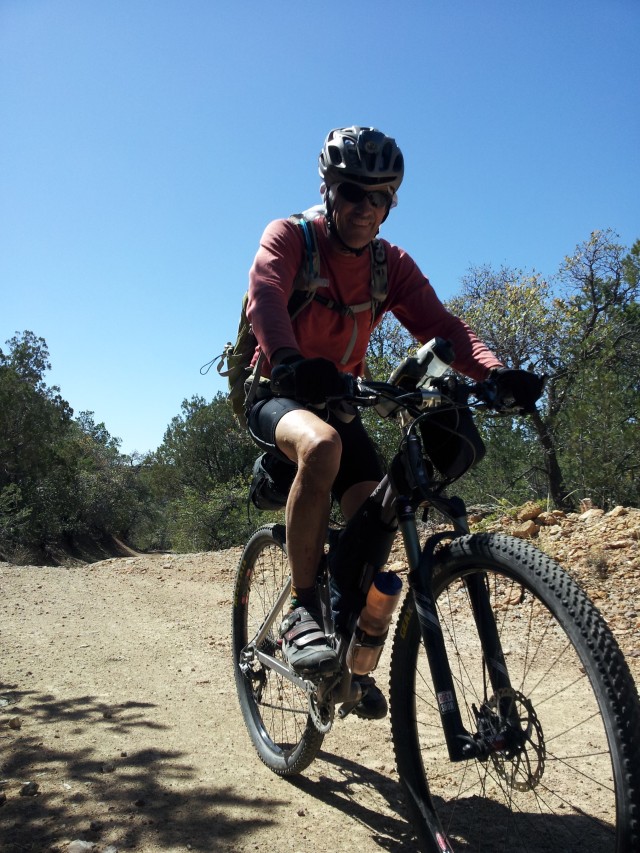 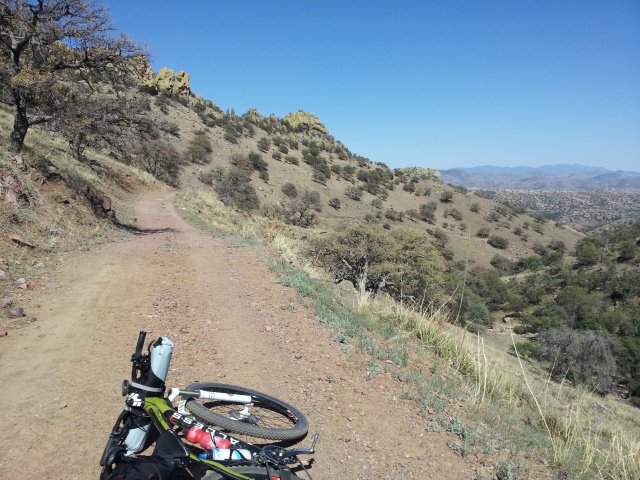 Lee’s rear tire was cut on a sharp rock and I was beginning to run low on water after 7 hours. Luckily, both problems were fixed near the large puddle in the image below, when Stan’s sealant cured the torn sidewall and Lee pumped 25 oz into my water bottle with his filter – which I treated with Aquamira drops  just to be extra safe. The water tasted great! 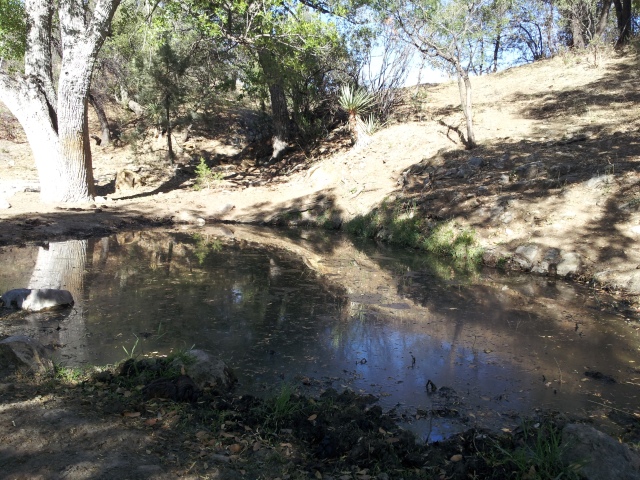 Water! Yay! It wasn’t as bad as it looks in the picture. 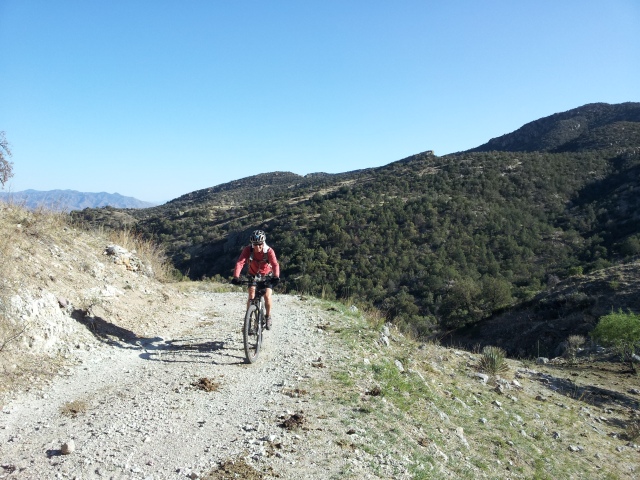 Camping that night was great: the stars above + tent+mattress+down comforter+pillow all made for a good night’s sleep. 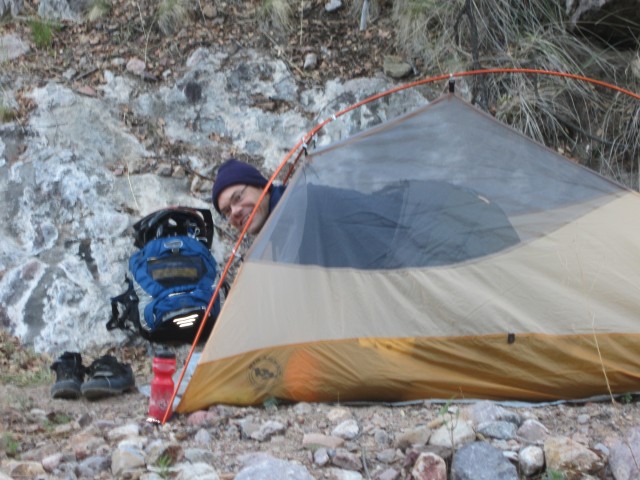 Well fed with a freeze-dried pouch of “Breakfast Skillet”, I caught up with Lee at Kentucky camp. Resting for an hour at Kentucky camp, we decided to take it easy during the heat of the day. We should have stayed at the camp a bit longer to avoid the long wait at Madera Canyon later, but I felt like riding some more! 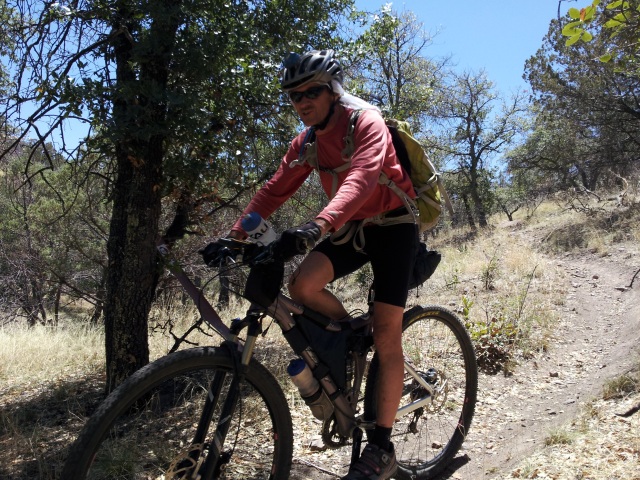 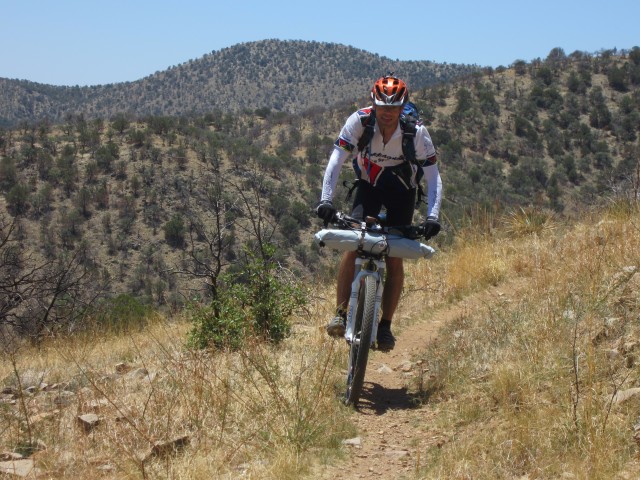 The ride down Box canyon went fast, but the 3 mile climb up to Madera Canyon was tough in the 90F heat. After drenching ourselves at the faucet in the parking lot, we took a long rest (and nap!) to avoid riding down Elephant Head trail in the scorching sun. Since the Solar eclipse was supposed to start at 5:30 pm, we finally headed down the rocky single track to Elephant Head at 5 pm. And with perfect timing, under cover of the solar eclipse, we (mostly) hiked up Chino canyon. It was a bit eery as it was still over an hour from sunset, but the light bathed everything in twilight. 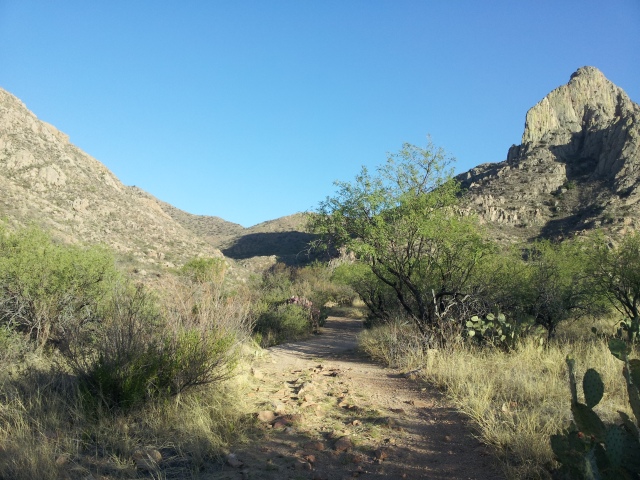 Going up Chino canyon at the beginning of the Solar eclipse. The light is more filtered and muted than usually at this time. 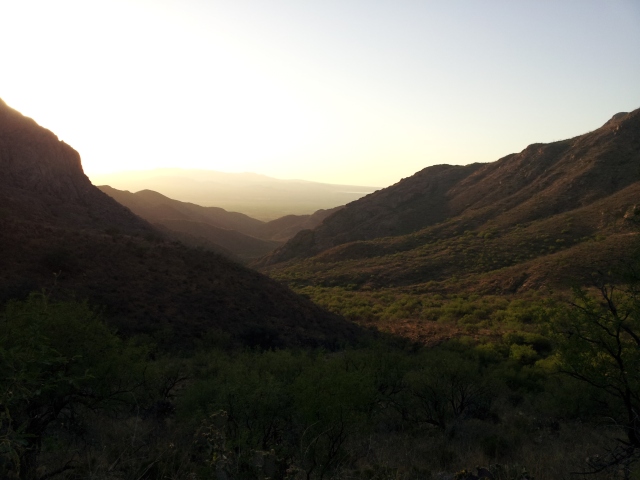 The sun is still ~10 degrees above the horizon, but it’s oddly dark. Just the ticket for a tough hike-a-bike!

With just a couple miles left to go at Devil’s Cash Box, we stopped to take a picture of a huge Gila monster. Lee was brave (and fast) with his up-close camera shot. 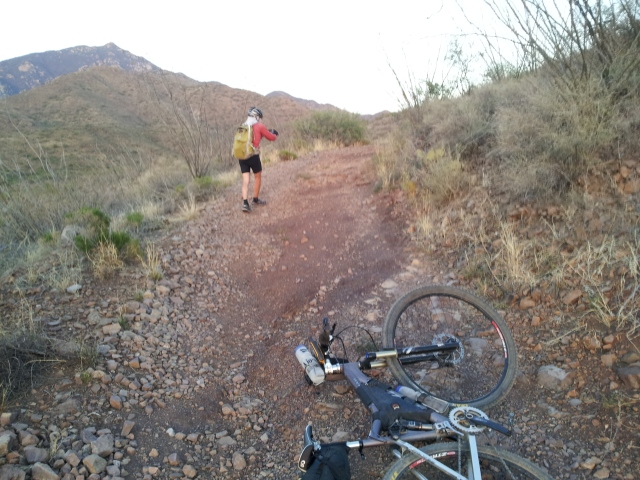 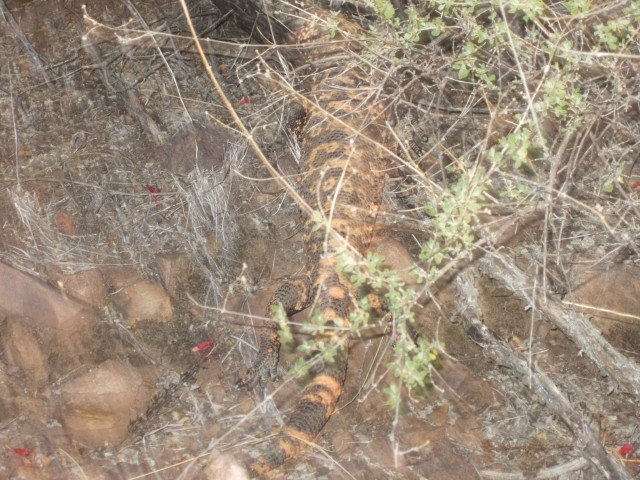 This entry was posted in Uncategorized and tagged bikepacking, Mt. Wrightson. Bookmark the permalink.