With a GPS track loaded of various trails atop Mt. Lemmon, the ride began at 7:30 am and overcast skies. With humidity probably around 30%, 40%, cooling through evaporation was not easy. A snake was crossing the road at Molino, so I stopped to take its picture – and protect it from getting smashed by a speeding van.

After 20 miles on the road, the trail finally begins with time for a snack and water refill. Going up the Bigelow shortcut, I cleared a couple more sections than last time, made some nice progress there. While having a second rest at the ridge, a young guy came down from Mt. Bigelow, shortly followed by his dad and brother. They were on their way down, and catching Bug Springs and Molino at the bottom. I had ran into the young guy last week behind the counter of Performance Bike in Tucson, where he was almost asleep. This time he was quite awake and wanted to know where this trail was going. I didn’t know at the time, but on my way back I found out that the trail is covered in tree-like brushes for a good portion. Pretty scratchy, but I am sure they made it through alright and had more fun further down. 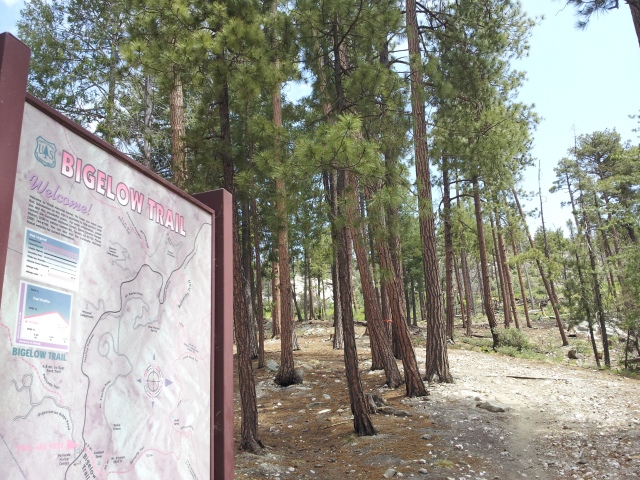 Coming down the ATV trail from Mt. Bigelow, I followed a tiny trail off to the side and into the woods. It dead-ended pretty quickly and left me with a sidewall puncture. Finally, my bike-first-aid kit would see some use. A plug was easily installed, and I was on my way again. The Bear Meadow trail was fantastic, windy, smooth, and covered by trees; it really did not feel like Tucson in July. No time to stop for pictures there, unfortunately; I just had to keep riding.

Next was Sunset trail. Very nice views and a quite rocky towards the end. Just after this picture, a knob on my rear tire was torn off, rapidly letting air escape. Time to put the spare tube in my tubeless wheel. After first filling the tube with Stan’s slime, it didn’t inflate. Careful inspection showed that 2 more holes in the tube. So, fixed those, too. The tire wouldn’t seat evenly around the rim, and with a bit of wobble in the rear, I kept bumping along for the rest of the day. At least I was going again.

I stopped at the Summerheaven general store for a late lunch where a very young boy, he couldn’t have been older than 8, behind the register asked if I were riding the Arizona Trail. After telling him what I was up to, he approved of it with a “That’s a good ride.” and said his favorite is Aspen loop. Well, that’s just the next thing on my list, too. Onwards, upwards, and forwards! 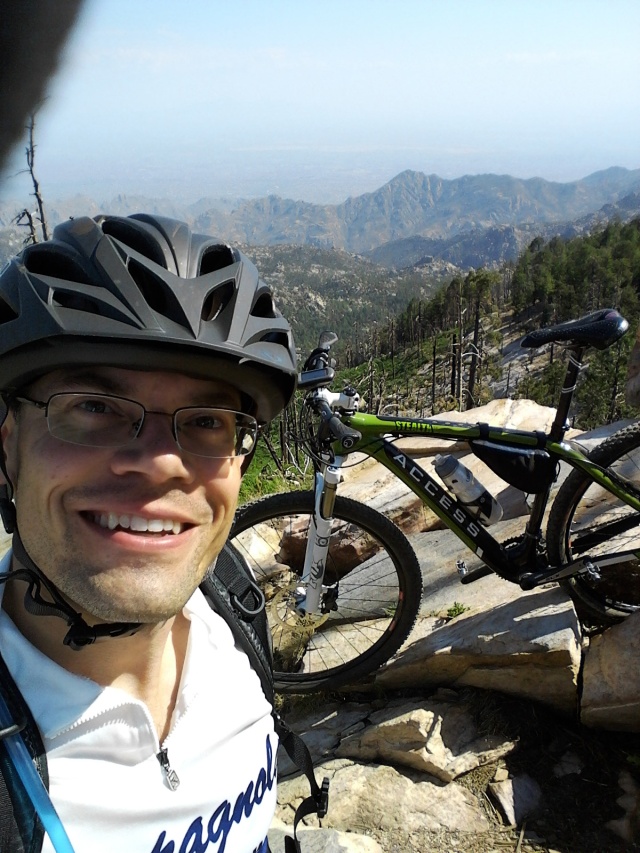 The top of the Lemmon piece of cake. 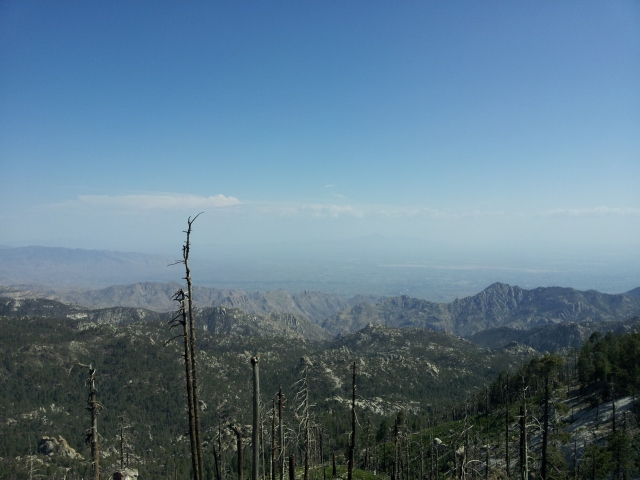 I am not going back down there to Tucson until the smoke clears. 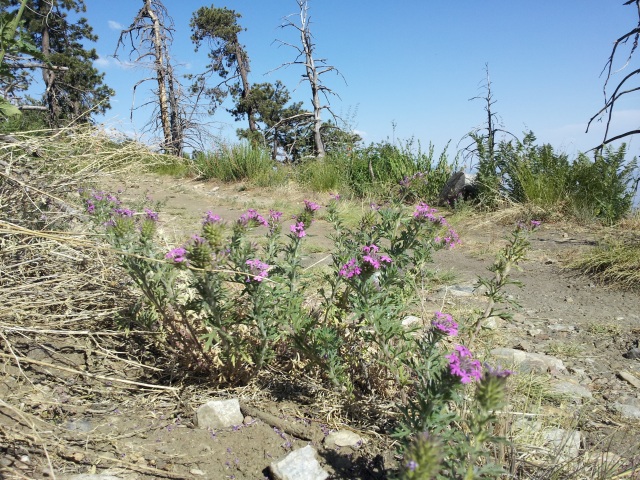 Flowers along the Meadow loop.

On the way back, I took the Aspen Draw trail down. Some people race it, but I had to dismount a few times and made it in 20 minutes even. I’ve seen times in the 8, 9 minutes for this section. I am sure they missed the intricacies of the many rocks and roots on the way.

On the way back down, my bumpy rear tire was shaking me like an old washing machine. It was getting dark, and under moonlit skies and with my headlight, I decided to get off the road and finish the good day on Prison camp trail. I only had to get off a couple of times, which felt like quite an accomplishment at night. 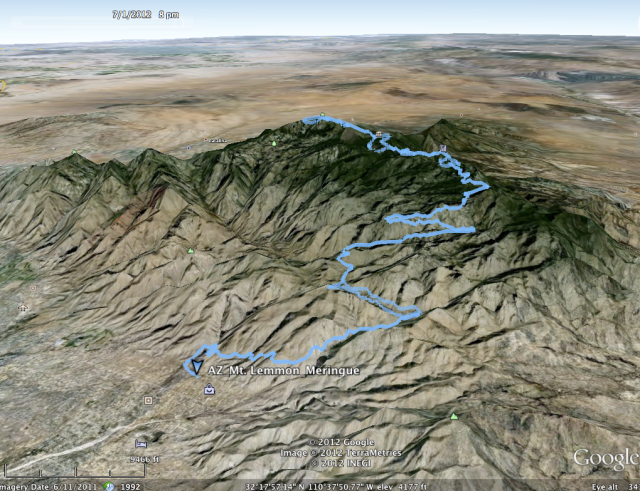