The weather forecast was rain for the entire Seattle area. So, it was either go snowshoeing by myself, or find a place that might not be too wet to ride. The radar showed that it was not raining at Capitol forest right now, and only 0.03″ were forecast there for the entire day. So off I went there for the 3rd within a week. I had a big loop planned, mostly roads to avoid the muddy single tracks.

It starts to rain just as I am beginning to ride. At first a drizzle but then coming down a bit harder. I decide that I can at least get dirty and wet, but that I’ll turn around if I am really uncomfortable. After riding up the first hill, I am warm and really don’t care which way the moisture is going: in or out. The northern section of Capitol forest is really nice, I preferred it over the southern half. It was fairly quiet – no shooting and only 4 pickup trucks passed courteously. It continued to drizzled off & on, so that I frequently stopped to change layers between up/down-hill sections.

Almost at the end of the ride, I see a sign for North Rim #1 trail, built for ATVs and dirt bikes. It’s all downhill according to my GPS map, so I decide to give it a try. What a delight! Great downhill course. Sure, it was rutty and a bit tricky here and there, but that’s exactly what I have been missing about these super smooth trails up here in the NW. It was a great ending of the day.

One thing about this forest is that it has lots of good trails and potential, but geez, what a dump it is in other places! Mostly the southern half. Shotgun shells, beer cans, and trash litter some sections – combine that with people shooting guns often only a few feet off the road – and it can get fairly annoying at times. 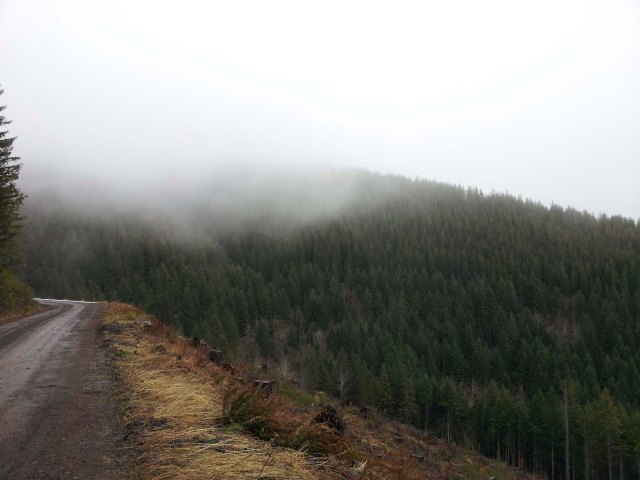 It was a cloudy and rainy day. 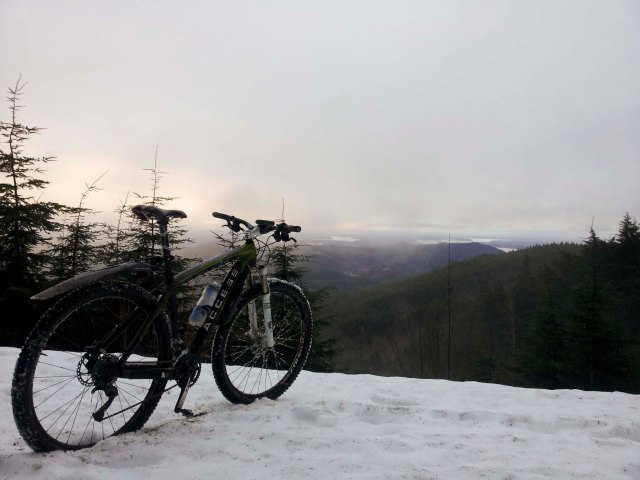 View to the north over the Pudget Sound area at sunset. 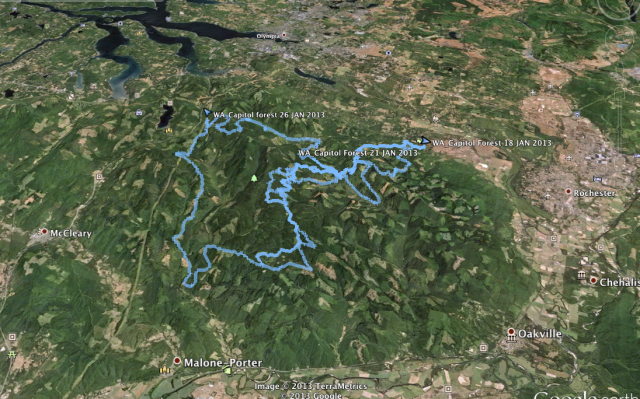 The conglomeration of 3 rides. Adventures farther up the 2 peaks will have to wait for snow to melt.

And here a couple pictures from my previous (2nd) ride there. A temperature inversion had the clouds down low, with sunny skies and warm air above. Made for great pictures! 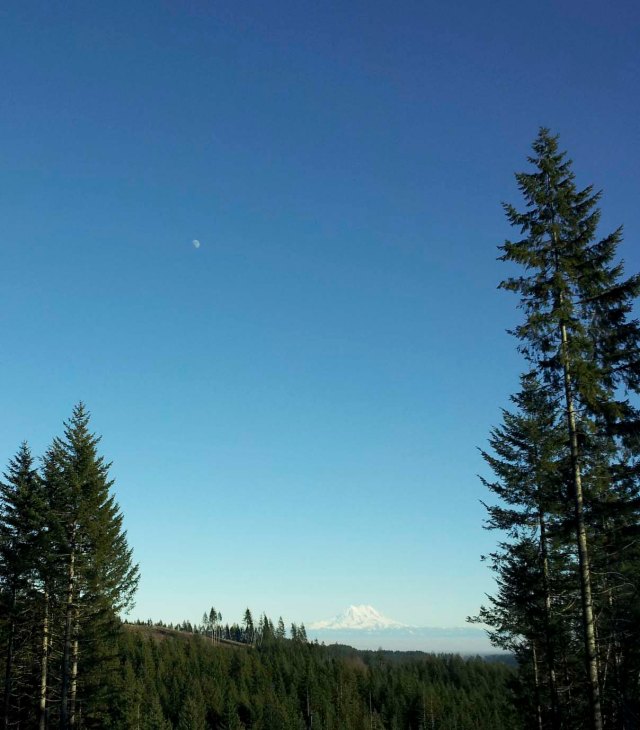 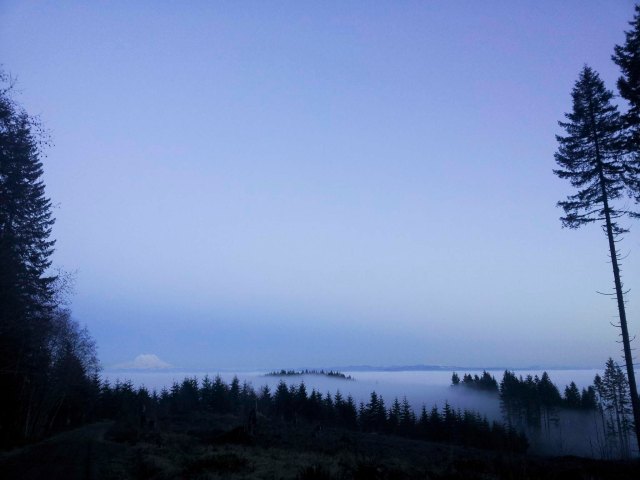 Sunset view of Mt. Rainer during a temperature inversion. The entire Seattle basin was covered for almost a week in fog.