13 miles of beach, hazy-sunshine, and 45 F. This was the second year we drove out to Ocean Shores, and I did a nice little ride up and down the beach. I forgot to post the ride last year, so pictures from this year and last year are mixed below. Here’s an overview of the area:

Ocean Shores beach route. The Olympic mountains are up right. 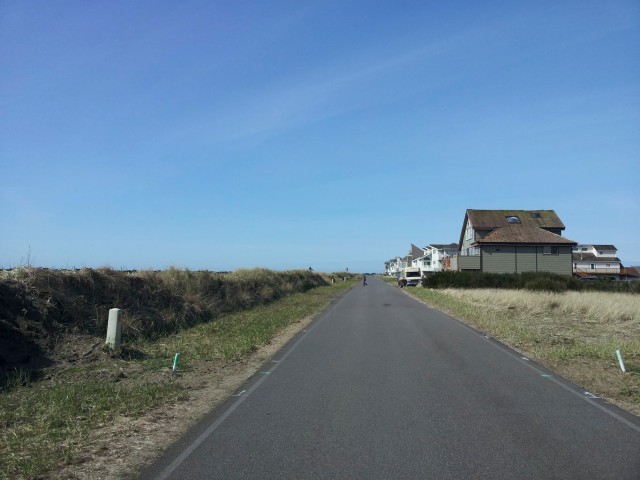 Heading towards the beach along a network of little streets.

Here’s where my beach ride began at the southern tip of Ocean Shores. 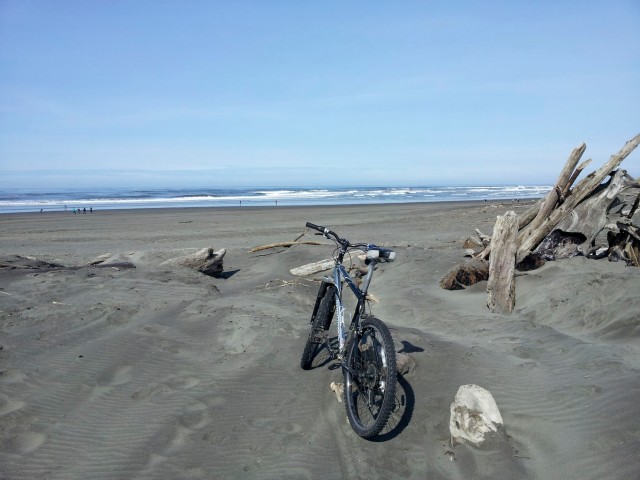 If I had a fat bike, I would have brought it for the coolness factor, but it really isn’t needed. Instead, I rode an old 21-speed with 2″ wide tires at 15 psi. The beach isn’t the best place for an expensive bike anyways, lots of muck and sea spray get in the drive train.

Riding along the beach is pretty cool in the beginning, the scenery is so different from what I usually ride. 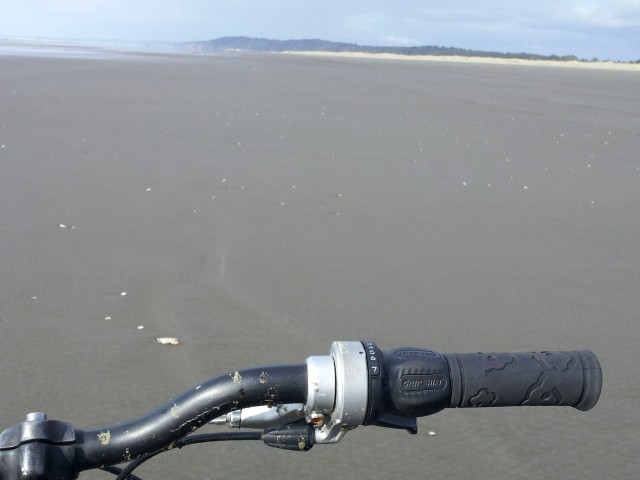 On the other hand, riding the beach becomes a bit monotonous after a couple hours.

Luckily some entertainment tends to come along. There is the occasional car stuck in sand:

There are horses being ridden around:

And, more cars stuck in the sand:

Quite a fine ride to do once a year.