Before the trails on Orcas Island close for bikes starting on 15 May each year, I headed over there and rode a big loop this weekend. May has been rather mixed, weather-wise, and when I left Seattle at 6 am on Saturday morning, it was pouring. Usually Orcas is drier, though, so I had hopes for a decent ride. My route was basically the same as last year, with the main change being that I rode the North Trail both up and down – this was a great way to enjoy the elevation loss while riding a lot more single track. A great out&back.

The day started off cloudy and quiet. Riding towards Eastsound, I saw Turtleback mountain on me left, which I would climb at the end of the day.

The street between Eastsound and Moran State Park is a bit annoying, but after those 30 minutes, I was on singletrack for a few hours. Due to the rain there the last 2 days, the Southeast Boundary trail looked a bit soggy, so I took a slight different approach around that corner before hiking up the steep switchbacks to Mt. Pickett. 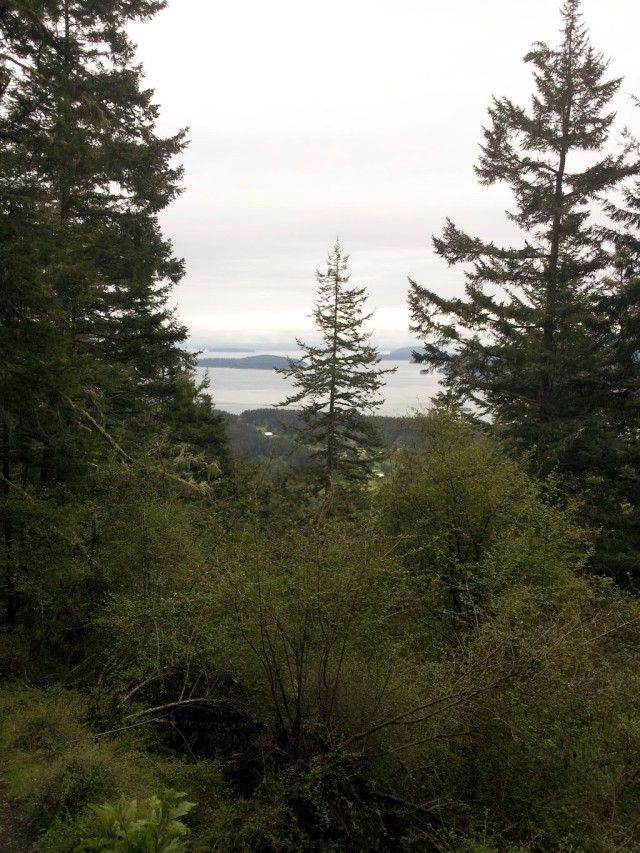 There’s no view at the top, so after a short break and chatting with hiker who kept passing me :), I put on my vest and headed down to Twin Lakes for the main attraction: riding up Mt. Constitution. The North trail is the perfect way to get up there: a decent grade with only a couple places where I had to get off and push.

I met many mountain bikers coming down, many of whom were helping at Evergreen’s trail maintenance weekend. It was nice to see a couple familiar faces, Grant and Len, as well as meet some new people.

I only stopped for a minute on top of Mount Constitution, and then headed down to Little Summit to swap the hoards of tourist for loads of quiet time and private views.

On the short road section back up to the North trail, I met this fellow who seemed partly frozen – at least the lizard hardly moved when I brought the camera closer and closer.

I stopped by the trail crew and thanked them for their hard work – who had taken their work to the next level by decorating the stump at the newly installed creek-drainage with a couple rocks. 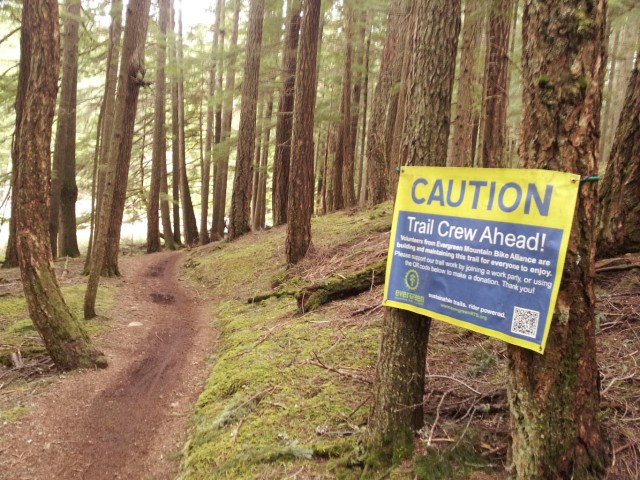 Back down at the Eastsound Chevron station, it was time for my junk food fix – which turned out to be only a cheese cake (note: it wasn’t amazing).

Lastly, I wanted to ride the Center Loop on Turtleback Mountain and see the other view point that I missed last time. While the Center Loop trail was just a down&up forest road without views (like it’s cousing the Raven Ridge trail, up there), the view point near the bottom turned out to be amazing. The sun had come out by then and the bench provided a perfect resting place.

While coming down the forest road, I also managed to pick up a stick with my rear tire and flatted. It was about a 1/4″ thick and after pulling and breaking it off, I put a car tire-sized plug in, which luckily held. But, would it hold for the rest of the ride along the Crow Valley Road? I still had a few miles to go, after all. 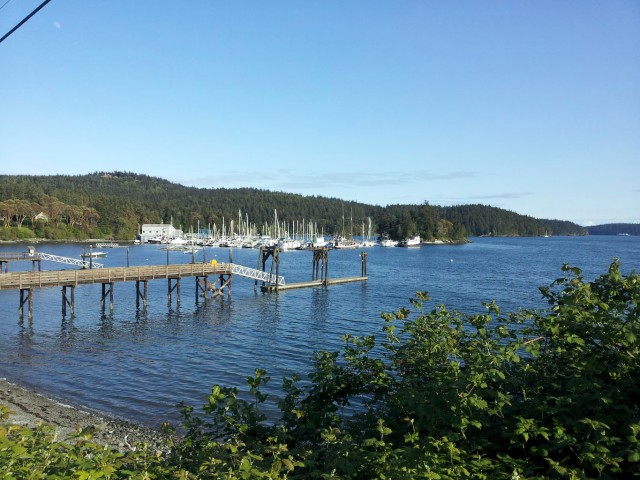 I met Ken at the southern trailhead of Turtleback Mountain and we finished the day with great food at a tavern in Eastsound.

After kayaking for a couple amazing hours early the next morning, it was back for me to the mainland. 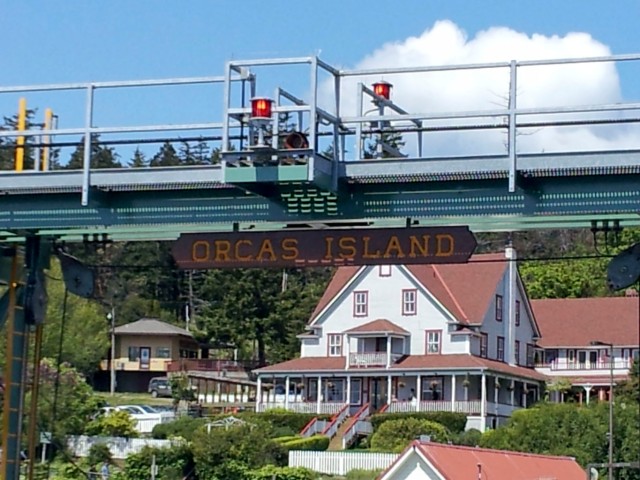 And that plug in my rear tire? It came out at just as I was braking near my car after coming off the ferry – ssss ssss ssss and… flat. Made it 🙂 Time to put on the Racing Ralph that’s been lying on the shelf for 2 months.