It’s been rather dry the last couple of weeks and since the Middle Fork Snoqualmie trail is open on odd days starting 1 June, it was time to ride it. Colin signed on to try out his new full-suspension rig on this ~65 miles, 7000 ft. elevation ride.

Topomap near North Bend, WA of our route along the CCC road, CCC trail and Middle Fork Snoqualmie trail to Dutch Miller Gap

We started in North Bend at 7:30a. A bit early for me, but it was a glorious morning and we’d have a long day ahead of us. There was still a slight chill in the air and we put on the vests to the beginning of the climb up the CCC road. The creeks along the CCC road weren’t too full, many could be ridden through and some were even dry.

On the Middlefork Road between the CCC trail and the Dingford Creek trailhead, we met a group of Search and Rescue horseback students out for their final exam – they had to locate and rescue someone. Talking with the supervisors/teachers, we found out that they had both done 24 hours in the saddle on search missions. It sure seems like the most sensible way to get people into remote areas when you need to have the capacity for extra gear and perhaps a second person. 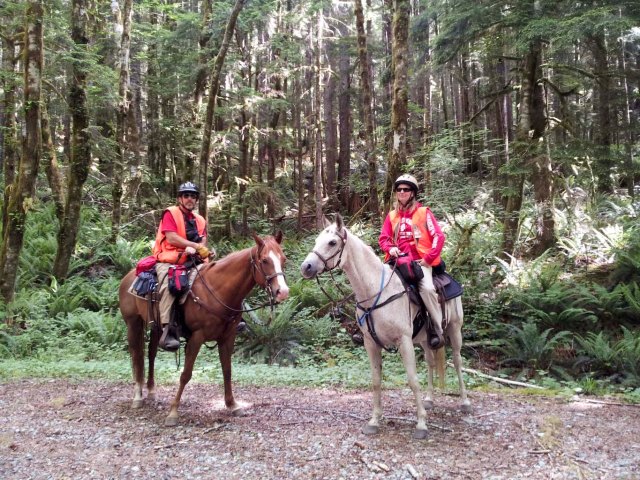 The Middle Fork trail is somewhat techy, and it was nice to be challenged. Colin noticed the difference of his 29er on the tight and rooty singletrack compared to a 26er. The 2 major creek crossings along the trail had been fixed rather well this summer with trees and rocks so that we didn’t get our feet wet. 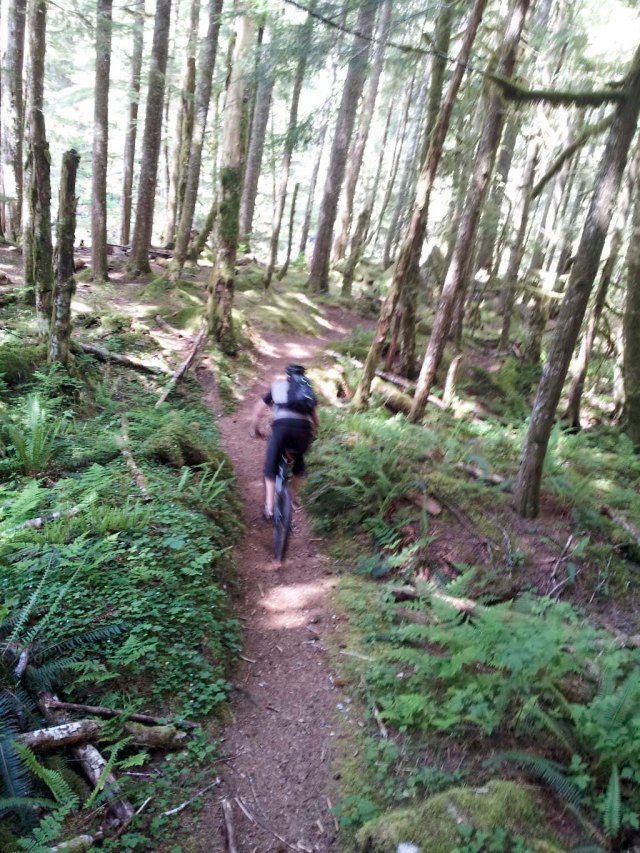 The trees over the Burnboot Creek near Goldmyer Hot Springs are still looking sturdy. 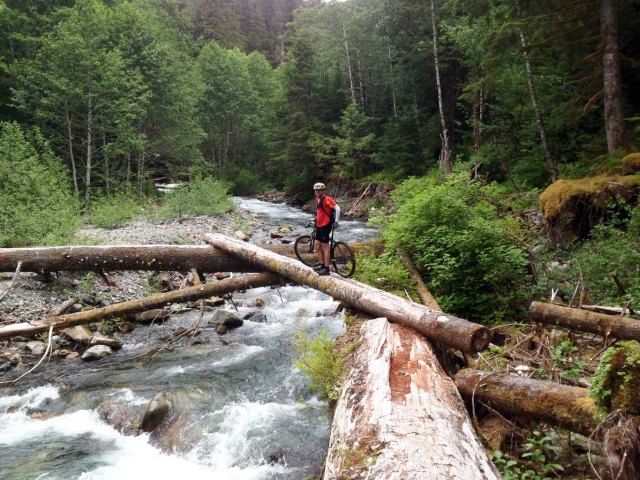 Past Goldmyer, I removed a big spider web with 2 spiders that was in the middle of the trail – and seconds after that, Len came riding down with a group. This was at almost the same place where I met him last year due to a big spider web. After a brief “Hello”, Colin and I rode the rest of the way up to the Dutch Miller Gap trailhead and filled up on water. 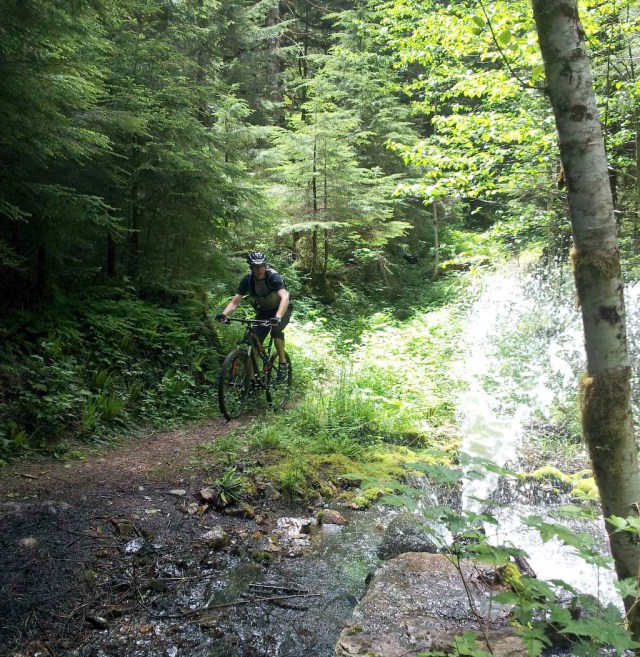 On the way back, we thought of taking the flat Middle Fork road all the way back to North Bend, but the dust due to the construction grading was horrendous. Colin obliged my request of taking the CCC road instead, adding 1000 ft of climbing and quiet&clean mountain air. We were back before dark and ended the day with a big coke and ice cream at the corner gas station.