The snow has been coming down plentiful this last week, and temperatures have stayed low enough that snow is sticking on the road at Snoqualmie Pass. Sounds like a trip up to Hansen Ridge is in order.

Parked at Tinkham Rd. and rode along NF-55, watching cars and trucks getting stuck in snow on purpose. Up NF-5510, there were groups of 4-wheeling dudes out to see what their vehicle could do. They all pulled over to let me climb uninterrupted. I wouldn’t have minded a break, to be honest. But with only a mesh tank-top on, I did appreciate not having to stop and cool down. 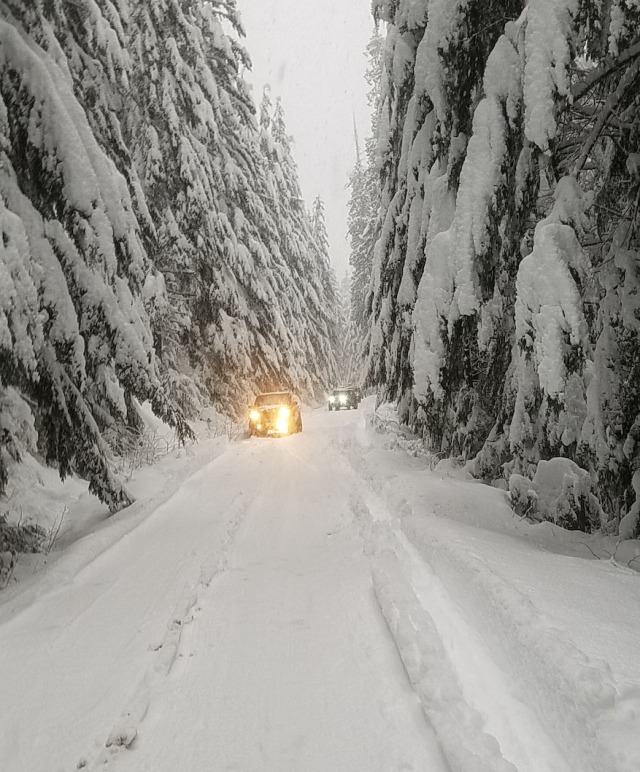 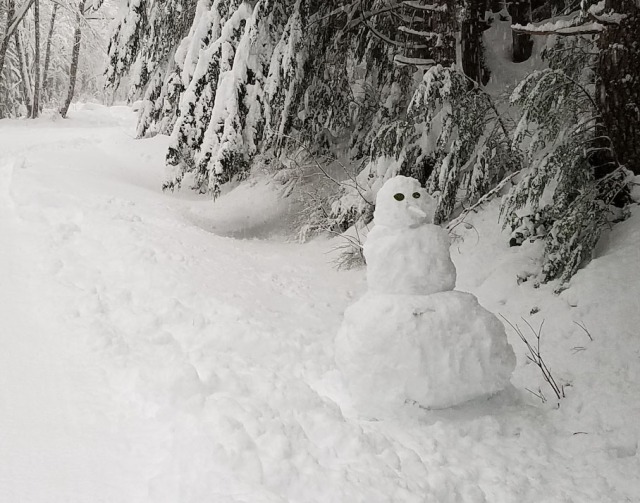 Some people were just out for a walk, while others were out to hunt their own Christmas tree. This pickup truck was _loaded_ with a big tree; its tip dragged in the snow behind. 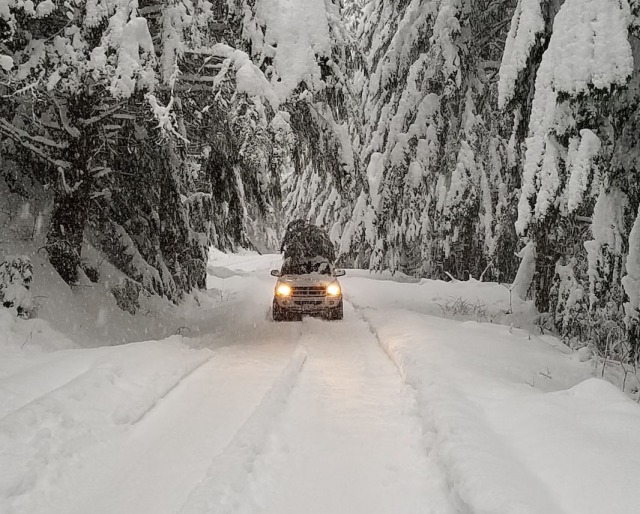 Had a good time chatting. I really wanted to see if I could ride any of the singletrack on Hansen Ridge. After the sharp right turn, the snow became deeper and the road less traveled . Still, traction was outstanding, so I still had hopes. Then, reached the obvious end-of-the-traveled road part, beyond which no vehicle had traveled for maybe a day or more. I didn’t think I could keep riding, but then found a solid base underneath ~4″ of fresh snow. The old tire rut was snowed in and narrow, but still soft and allowed my pedals to softly scrape the tops. 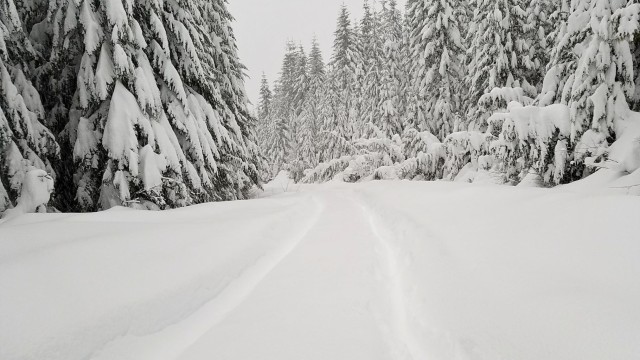 I rode to within 15 yards of the Hansen Ridge parking lot where the gate is just ahead. But once out of the trees, I am sinking in a foot or more of snow. I am warm right now, but drenched from sweat and snow and need to hurry up to add clothes: warm, windproof things for hands, body, and head, before I turn into a disaster. 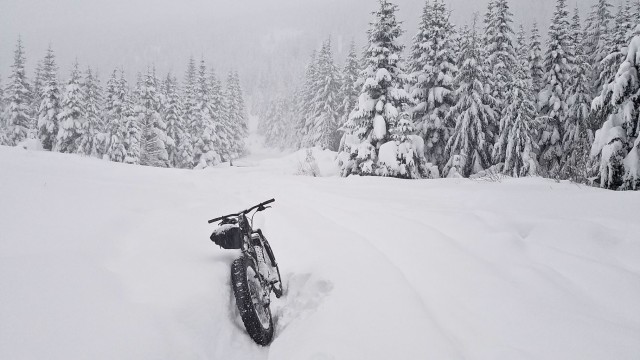 The ride down was peaceful and fun, and I had to turn on my light as it was still snowing. 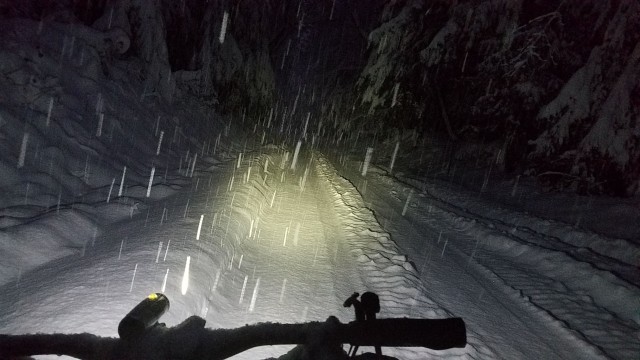 2 Responses to Snow-check at Hansen Ridge